Getting into the fight: Tom is sick and tired of the country club liberal elites like Mark Warner who have spent their entire political careers working to dismantle the American Dream. Tom is getting into the fight to restore our liberty and give the government back to the people.

Husband and Father: Tom would much rather be spending his time with his family or with his Cub Scouts than running for U.S. Senate but he can no longer sit on the sidelines while the Democrats work to destroy who we are and erase everything we have achieved.

Citizen Soldier: Since 1987, Tom has served on Active Duty or in the Army Reserves at tactical, operational, and strategic levels and continues to serve today in the Army Reserves as a Chief Warrant Officer (CW3). He served in Afghanistan alongside U.S. Special Forces and is known to be a bulldog when it comes to training and taking care of his Soldiers.

Counter-Terrorism Expert: Since 2005, Tom has served in the military or the intelligence community as a subject matter expert on terrorism and Middle Eastern conflict issues. Tom is intimately familiar with the “mosaic of threats” we face across the Middle East.

2nd Amendment: Tom will fight against the Socialist agenda to take away our rights to protect ourselves and protect our children.

Scott Taylor is yet another establishment candidate who will meet the same fate as Ed Gillespie. Despite a commendable military record, Taylor failed to make any significant impact in Congress, quickly losing re-election and staining his image in the mind of both Republican primary and general election voters.

Republican primary voters have an unfavorable opinion of Scott Taylor, by a margin of 15% to 13%. For a federal elected official to have a net negative favorability rating with their own party’s primary voters, then seek a higher office is almost unheard of. The very voters Scott Taylor is expecting to be the foundation of his campaign support, don’t trust him. 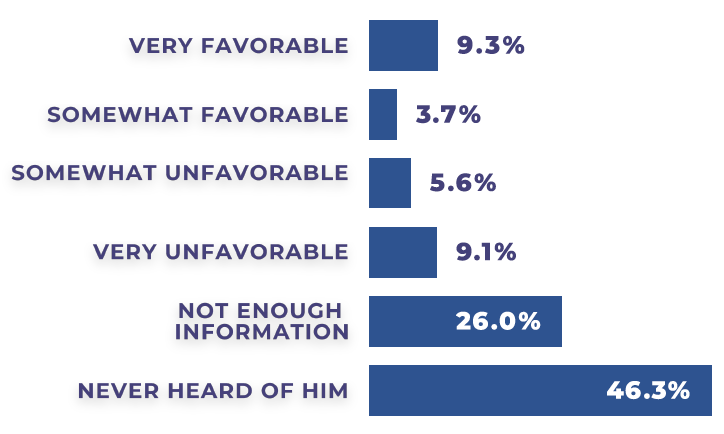 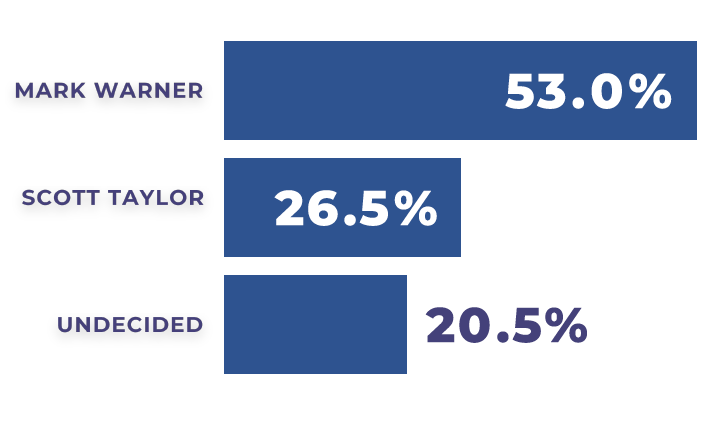 Taylor does worse with general election voters. When polled Taylor loses to Senator Warner in a landslide, by almost thirty points, Warner garnering healthily over 50%.

Virginia Republicans propelling Scott Taylor to face Mark Warner in a general election is proverbially leading a lamb to the slaughter. Tom is no lamb.

Virginia Republicans propelling Scott Taylor to face Mark Warner in a general election is proverbially leading a lamb to the slaughter. Tom is no lamb.

Mark Warner finds himself in a vulnerable position, after having spent years in the Senate he has become just another, bought and paid for D.C. politician. While Republicans haven’t won a statewide race in Virginia since 2009 when Governor McDonnell was elected, Republicans have still held predominate control of the Virginia legislature.

The Speciale campaign conducted a poll from July 27th – August 1st with 504 respondents with a margin of error of +/- 4.5%. In that poll, President Trump only trails Democratic front runner Joe Biden by 2.5%, confirming Virginia’s status as a purple state. 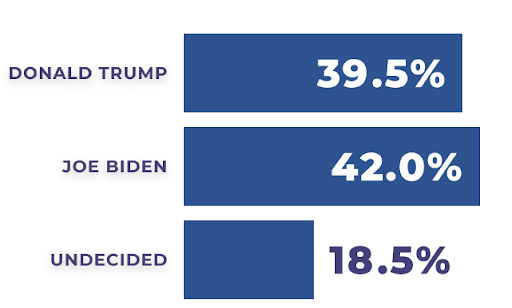 Mark Warner finds himself in a vulnerable position, after having spent years in the Senate he has lost his affable, pragmatic charm and become just another, bought and paid for D.C. politician. Senator Warner has taken more than $2 million from Washington lobbyists. When presented with this information, 45% of poll respondents said they were less likely to re-elect Senator Warner.

Speciale’s story of dedicating his life to service, from three decades in the military, a career as an intelligence officer, and a Cub Scout leader, still serving in the reserves today is special, heart-felt, and unique to Virginia, where the last three Republican candidates for top-level statewide office were all career politicians who had run for office for decades – all three lost.

What’s unique about Speciale’s story is his past. His life is a story of his faith, his family and the fortitude to never give up. His story is a story of mistakes and learning from them the hard way.  Tom’s life story is about never giving up and always moving forward to becoming a military officer, member of the intelligence community, and husband and father.

When polled Speciale’s story of learning from his mistakes and turning his life around motivated 42.4% of general election voters, and 41% of primary voters to be more likely to vote for Speciale. The days of the country club political elites and career politicians are clearly ending.

Speciale’s story gives him the ability to connect with middle-class and disenfranchised communities. An opportunity Republicans haven’t had in ten years, since the historic 2009, ‘Bob’s for Jobs’ successful campaign for Governor of Virginia.

Speciale has retained McShane LLC, based in Las Vegas, Nevada and Washington, D.C. Headed by Rory McShane, McShane LLC was involved in 40 campaigns in 2018, with 22 victories from City Council to United States Congress. The senior team at McShane LLC has been involved in hundreds of campaigns across 27 states.

Also under the McShane LLC banner, Ed Williams will be heading up Speciale’s digital campaign. Ed is a successful web executive and the former IT Director of the 2004 Republican National Convention.